Christmas Day with the Urbens

I woke up just before 7:45 to a VERY quiet house. I came down the stairs only to hear Nana preparing our traditional Christmas breakfast....cream chip beef on biscuits. Nana is ALWAYS the first to wake up on Christmas, she has this internal clock that refuses to let her know what it's like to sleep in, which honestly, REALLY works out well, because the rest of us are just the opposite.
So I make my way downstairs, and carefully tread through heaps of presents to turn on the tree lights. It's very obvious that Santa has been here, and these kiddos MUST have been very, very good this year. I get a pot of coffee brewing and get my camera ready, because I know the kiddos will be up and minute now. To my surprise, I was able to enjoy a cup of coffee, take a dozen or so photos and become slightly over-anxious before the kids ever got up.

Finally, just after 8:30, I hear Ashley's voice from downstairs, giving me the cue to escort them upstairs. This is a known rule in the Urben household. NO ONE sees the tree until AFTER mom takes her first thing in the morning pictures and prepares for the entrance. Now that I'm actually typing this it does seem a bit silly, but this is the way we did it when I was growing up and by golly that must be the only way, right?

The kids bum rushed the living room, faces glowing with excitement, paws writhing with anticipation, as they reluctantly passed up the tree and headed straight for the filled stockings...stockings MUST come first. That's just the way it is. The rest of the morning was spent taking turns opening gifts, which I was extremely impressed with. This is the first year that Alex was a bit more on the human side when it came to patience. He definitely surprised me when he shared in everyone Else's joy as they opened their gifts. 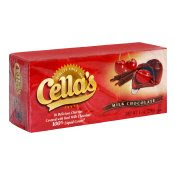 I was almost in tears when dad and Eddie Faye showed up...Alex stopped opening his gifts and ran to the tree searching for something and when he found what he was looking for he ran up to Eddie Faye and patiently waited while she greeted the rest of the family. Finally, once all the hugs were taken care of he handed her a gift with the biggest smile on his face, and watched as she opened the chocolate covered cherries that Santa brings everyone each year. Our self absorbed Alex is growing up, and somewhere inside that little creature is a boy with a caring heart. It was the best Christmas present ever to see what sweet boy he's turning in to.

For Ashley, this was definitely a landmark Christmas. Aside from a few silly stocking stuffers, this was the first year that Ashley did not ask for nor receive a single toy. Instead, all 5 foot 2 inches of her sat with her long legs criss crossed in front of her while calmly opening earrings, bracelets, necklaces, and electronics. Later on that morning, she would intermittently appear dressed in something new, with matching accessories and new hair dos showing off her new look. From fairytales to fashion all in the blink of an eye.

The kids really raked it in this year. Each gift has recieved a great deal of attention, and I don't think they've watched a bit of TV in the two days since Christmas. The toys are all over the place and will be until I can't take it anymore.

Ashley has spent a lot of time in her furry faux Uggs, and has already decorated her room with her new picture frames, and hung up her jewelry box slash photo collage, and she's already bugging me to take her to use her gift cards and cash. I bought her a package photo paper and an ink cartridge of her own, so she can use my photo printer without me bugging her not waste paper. She'll have a ton of fun filling all of her new frames. Her mp3 docking station is getting a LOT of good use as well.

As for Alex, he's played non-stop with just about every gift he received, including his hyper dash, hyper slide, Nerf dart toys (of which he has PLENTY), remote control cars, and his eyeclops. It's funny watching him use his eyeclops.

Basically, it's a magnifier that plugs in to the TV and magnifies 200x. To watch him wretch and turn his face from the TV when he sees anything relating to the body up close reminds me that he's definitely his fathers son. Although, it is slightly on the creepy side to be able to see hair follicles and skin cells. I can't WAIT to get ahold of this toy when I don't have to compete for turns. I must mention the #1 played with toy so far. What else but the cheapest gift under the tree....the dollar store cap gun. He has already gone through an entire package of caps...which is about 10 boxes of caps. He gets so excited watching the sparks and smoke that he creates...he really can't quite figure out why it's ok for him to be playing with this dangerous toy. He has told me multiple times, in a slightly concerned tone that he can make sparks and it almost looks like fire. I think there's a small part of him that's double checking that he's safe. It's precious.

And me! I have to share the ME gifts. After opening one of my gifts from Mark, I momentarily lost my ability to read and speak, and had to read the box at least 3 times before I allowed myself to believe what I was actually getting. 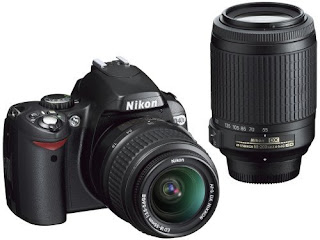 My darling thoughtful husband surprised me with a 200mm lens for my camera. Shocked is a very conservative way to describe my reaction once I believed what I was reading on the box. My elation lasted a good 24 hours, and in fact I still can't believe he got it. He wrapped the lens in a huge box to throw me off, and in the box were 6 or so matching frames, to go with the other 4 frames I had already opened. He's been bugging me about framing some of my pictures for months now, and this was definitely the kick in the patootie I needed. He also got me an AWESOME wireless keyboard and mouse. It's a Logitech MX 3200 and it's SWWWEEETTT!

I had no idea they made such capable mice! This thing can do just about everything but turn the computer on! I can zoom, scroll up, down, left, right, go back a page, and if I highlight text on a webpage and click a button, it automatically takes me to google with search results relating to my highlighted text! Very cool! He really out did himself this year.
I also got some incredibly cozy leather isotoner gloves and matchin cloth napkins from dad. All items that I was definitely in need of. I'm so excited to have leather gloves, but I'm a little worried that my fixation on the leather smell might attract a little unwanted attention. I'm beginning to look a lot like Mary Katherine Gallagher (Molly Shannon) from Saturday Night live. All I need is the plaid skirt.

As for the man of the house, he was a little less surprised opening his pre-selected 100 gig hard drive and Zune docking station, both of which were highly anticipated, but pre-selecting definitely comes with it's drawbacks. 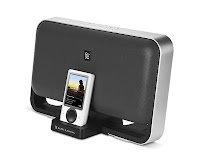 (I'm sure he'd disagree) I also threw in a few small fun things...a coffee grinder, a metal sign for his "man space" downstairs and some goodies for his stocking. So far he has spent most of the hours following Christmas morning playing with each of the above pre-selected gifts.

As tradition would have it, Mom and Andy came over in the late afternoon and we munched on tamales, left over lasagna, Paula's jalapeno jelly with cream cheese and crackers, pops' spinich artichoke dip and all of the yummy treats that Nana brought over. The kiddos opened their gifts and afterwards we spent a couple of hours playing with all of the Christmas toys and sharing stories from the mornin. Eventually, we made our way down to the basement where I whipped a few Shwiff's at Ping Pong, and ended up GETTING whipped by one overgrown Urben. (And yes dear, that WAS the first time in years, I don't care what you remember ;} We ended the night with a little Dance Dance Revolution and said goodbye after 10:00 sometime. We had a LOT of fun hanging out with Mom and Andy and are anxious for another ping pong tournament in the near future.

We certainly missed quite a few people this Christmas. David, Cara and Keller had their first Christmas at their home with Keller. While I totally get that need, I missed them dearly. And Jason was also unable to make this year as well. Christmas without my brothers definitely feels different, but we made the best of it and are so thankful that despite the distance, we are all in good health. We have so, so much to be thankful for.

I hope that all of our families and friends had wonderful holiday season with the ones they love and that the next year brings many, many new and precious memories to cherish. Merry Christmas everyone!

This year our family celebrated Christmas just as we do each and every year. The festivities begin long before the 25th with baking and spending quality time together, which for us, is what it's all about. This year we didn't do the full baking day like we do every year, although we did to a few little goodies here and there, like Raspberry fudge and peppermint bark. We also do the traditional chocolate Advent Calendar to countdown to the big day. As I mentioned in a previous post, we make the trek to the Big Christmas Tree in Austin and make the 5mph stroll through the neighborhoods OOOOing and Awwwing over Christmas lights while listing to festive music.

By the time Christmas Eve arrives, the kids (and I) are just giddy with excitement and can tell you approximately how many hours there are until the big day at any given moment. Nana-clause arrives in the evening with her car loaded with gifts and goodies and whatever she's whipped up for dinner...this year she brought her famous homemade lasagna, tamales and a plate full of all the goodies that we neglected to bake this year...fudge, peanut butter candy, molasses cookies, and seven layer bars. It was like seeing an old friend when she brought out the goodies...I was sure I would miss them this year, but good ol Nana brought us together and I'm pretty sure I let out a small screetch of excitement when I saw the shiny plastic wrap covering the sugary goodness. After dinner we all hopped in the car and went on a successful light hunt with the kiddos and even managed a Mars sighting after a phone call from Big Daddy. Alex fell asleep in the car on the way back, but was awake and ready for more excitement once he discovered he'd dozed off.

We managed to work in a movie (A Christmas Story...what Else??) and some egg nog before reading The Night before Christmas and setting out our cookies and milk for good ol Santa, after which the kiddos retired to the basement where I'm certain they giggled and fought off sleep, in effort to catch a glimpse, or a jingle of the old fat man. Eventually, their eyes and minds must rest and they doze off for the last time before the big day.
Posted by Jamielouwho at Wednesday, December 26, 2007 2 comments:


My goal in life is to be as good of a person as my dog already thinks I am. ~Author Unknown